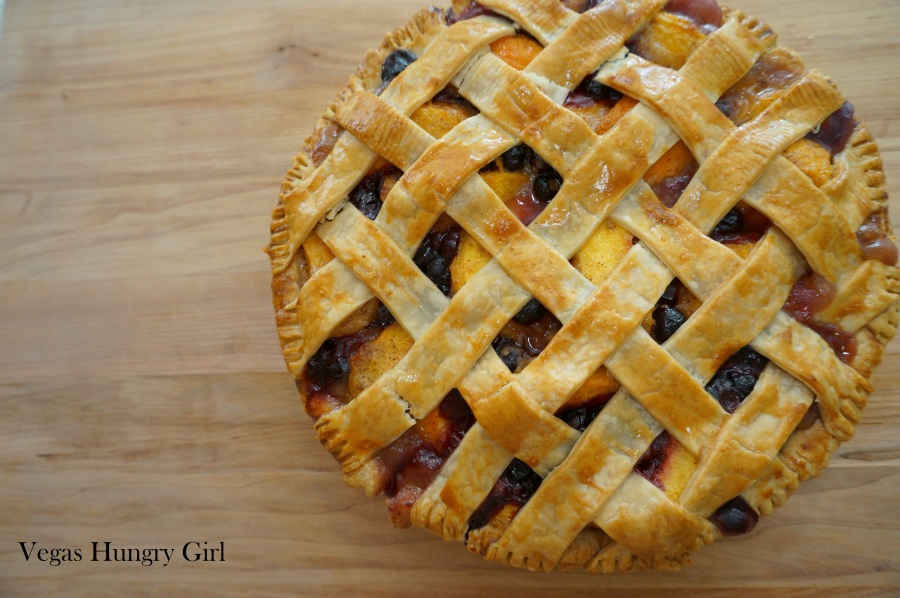 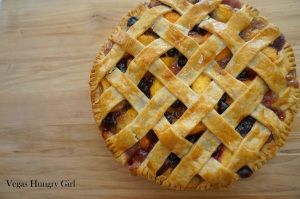 My future father in-law went to California for a weekend and came home with about two dozen peaches from an orchard. They were ripe, fragrant and totally ready to be eaten. But how does one consume so many peaches before they go bad? How about a pie but not just an ordinary peach pie how about a peachberry pie? And how about we make it fancy with a lattice pie crust top. Sound good? 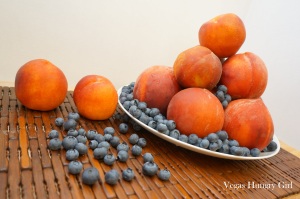 I’ve never made peach pie before nor have I ever made a pie crust with a fancy lattice top. So I though there’s no time like now to try something new and challenge myself in the kitchen. To make the pie just a bit more special I decided to add blueberries. My fiancé and I were leaving for my family’s cabin and I brought two peachberry pies with us. Just in case one wasn’t enough. 😉

7 or 8 peaches, peeled and sliced

The zest and juice of 1 lemon

First set you oven to 450º. Next you have to peel your peaches, this is the part that takes the longest but it really isn’t all that complicated. I first learned how to concasse (peel) a tomato in culinary 101 and I had a sneaky suspicion that the same technique would work for peaches and I was right.

First put a big pot of water on the stove and get it boiling have a bowl of ice water ready too. Then cut a small X in the bottom for the peaches and drop them 3 or 4 at a time into the boiling water. Leave them in the water for 2 or 3 minutes fish then out and drop them in the ice water. Next use a small paring knife to help you pull the skins right off.

Here’s a tip the riper your peaches are the less time they need in the water.

Once all the skins are off slice them and toss in a big bowl with the blueberries, the lemon zest and juice and all the dry ingredients. 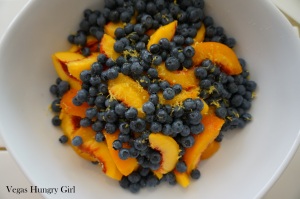 Mix all this together and tumble it into the pie crust and set aside. Next take the roll out crust and cut it into about ½ inch strips, you will need about 8 to 10 strips to cover the pie. Now let’s make that lattice. First use the egg to make a wash and brush the edges of the pie to help the strips to stick. Place 6 strips across the pie then pull down every other strip and place the new strip across the pie then put the strips back in place. 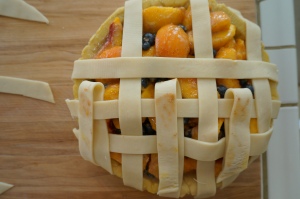 I hope I explained the clearly enough. It’s really very simple just take a look at my pictures for a better idea. Once all your pie strips are in place use a fork dipped in the egg wash to secure the crust then take a knife to cut off any excess dough. Lastly brush the top of your pie dough with the egg wash.

Now just pop the peachberry pie in the 400º oven for 15 minutes. Then, turn the oven down to 350º and bake for another 40 to 45 minutes till the crust is brown and the filling is hot and bubbly. 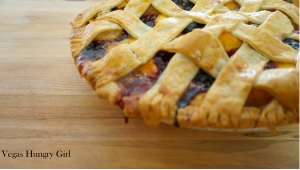 I made two of these pies to take to the cabin for the weekend. We ended up eating only one but I gave the other to our neighbor Cricket before we went home. Her family ate it right up.